New Requirements in Store for Michigan Employers in 2019 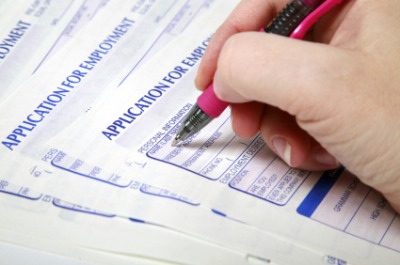 New Requirements in Store for Michigan Employers in 2019

On September 5, 2018, the Michigan legislature adopted both the Improved Opportunity Wage Act (the “Wage Act”) and Earned Sick Time Act in response to two separate ballot initiatives that had been presented to the legislature for consideration (collectively referred to as the “Initiatives”). Both resulting Acts contained provisions that would significantly change employers’ obligations to employees. There were many that believed that the Initiatives were adopted for the reason that public acts adopted by the legislature are easier to amend than public acts that are adopted by ballot initiatives (which is what would have happened if the legislature did not approve the Initiatives). As such, over the past couple of months, Michigan employers have been left in limbo regarding their obligations to employees related to the minimum wage and paid sick time. This was all finally resolved when, on December 13, 2018, Governor Snyder signed Senate Bill No. 1171 and Senate Bill 1175 which made some significant changes to the Initiatives. This blog briefly discusses the requirements of each these amended acts.

In totality, the Wage Act, as amended, does not make any significant changes to Michigan’s already existing minimum wage law. In fact, the amended Wage Act changed or eliminated many of the significant changes made by the Initiatives. Pursuant to the Wage Act, minimum wage will increase to $9.45 beginning in 2019 and increase to a certain rate every year thereafter until it reaches its maximum amount of $12.05 in 2030. This is significantly different from the Initiatives which would have resulted in the minimum wage being increased to $12.20 by 2022 and increases every year thereafter at the rate of inflation. Interestingly, the amended Wage Act omitted a provision capping the increase per year in minimum wage but does dictate that minimum wage cannot increase if unemployment in Michigan is greater than 8.5%.

The amended Wage Act also keeps the minimum wage for tipped employees relatively low, unlike the Initiatives, which would have increased the tipped minimum wage to $12.00 per hour by 2022. The Initiatives also required written notice of the law, that all gratuities received by an employee be retained by that employee or shared voluntarily, and eliminated the tip credit¹. In the end, the amended Wage Act does not require any written notice of the law, reinstates the tip credit, and allows for mandatory tip sharing schemes. Essentially, the only change for tipped employees under the amended Wage Act is that the minimum wage will increase to $4.58 by 2030.

The amendments to the Earned Sick Time Act included changing the name of the Act to the Paid Medical Leave Act (“PMLA”). The most notable change under the PMLA is that the Act only applies to any person or business that employs fifty (50) or more individuals.

The rate of pay under the PMLA is the greater of either the employee’s normal hourly rate, the minimum wage established under the Wage Law, or the employee’s “base pay.” When paying paid medical leave, the employer does not have to include overtime pay, holiday pay, bonuses, commissions, supplemental pay, piece-rate pay, or gratuities in the calculation of the eligible employee’s normal hourly wage or base wage. The aforementioned is important because it results in tipped employees only being paid the tipped minimum wage if they use paid medical leave.

In order to use paid medical leave, the employee must comply with the employer’s usual and customary notice, procedural, and documentation requirement for exercising sick time, which presumably means that the employer can require proof of a sickness. Additionally, an employer can require an employee to search for a replacement under the PMLA. Importantly, under the PMLA, an employee can be fired for failing to exercise paid medical leave properly.

Both of the above described amendments are affective on the 91st day after the last day of the 2018 legislative session, which was December 28, 2018. As such, effected employees will be required to comply with the amended Acts beginning March 29, 2019.

This blog is a broad overview of the Acts and is not intended to be a guide to employer’s actions and conduct. Additionally, much like any other newly enacted law, there are sure to be further amendments, changes, and interpretations that change the requirements or validity of the law. In addition, the groups who initially proposed the Initiatives have vowed to challenge the above described amendments in Court to require the Acts be put back to the original version of the Initiatives and/or to present the Initiatives once again for voter approval in 2020. If you have any questions on your obligations or requirements under either act, please contact our Sturgis office at 269-651-3281 or our Coldwater office at 517-278-4410 for further assistance.