The law firm of HaasCaywood and its predecessors was founded on August 1, 1898 by Theo T. Jacobs, a farmer’s son who grew up in Sturgis, Michigan. His grandfather, Hiram, built a home which now forms part of the American Legion Home and is recognized as the oldest building of its kind existing in Sturgis.

Upon graduating from the University of Michigan Law School, Jacobs opened his offices in the Masonic Temple building above what was formally known as the Flowers Café, then the Washington Café, and which is now known as the Corner Café.

In 1931, Jacobs was appointed by Governor Brucker to become a Branch County and St. Joseph County Circuit Judge. He served as a Circuit Judge for 22 years and retired from the bench in 1953. Jacobs also served his community as Exalted Ruler of the Elks when the lodge was built in 1922, President of Sturgis Rotary Club, Charter Member of Klinger Lake Country Club, and Chairman of the St. Joseph County Republican Committee. Judge Jacobs was a consummate politician and he attended every funeral so that he could to pay his respects to the deceased and console the families.

Raymond H. Dresser joined Theo Jacobs in 1927 to form the firm of Jacobs and Dresser. Raymond and his wife Lola were living in Litchfield, Michigan when, while visiting family and friends at Rose Lake in Coldwater, Michigan, he heard that Theo Jacobs in Sturgis was looking for an associate. He contacted Jacobs right away and arranged for an appointment. They met with Jacobs, accepted his offer, and moved to Sturgis.

The partnership only lasted a few years because of Jacob’s appointment as Circuit Judge in 1931. Dresser became a sole practitioner that year, the same year Raymond H. Dresser, Jr. (Ray) was born.

Raymond began building his practice by representing a number of businesses. He was counsel for Royal Easy Chair Company and Aulsbrook and Jones Furniture Company, the last home furniture manufacturers in Sturgis. Royal Easy Chair was a forerunner in the manufacture of reclining chairs that are so popular today.

Raymond’s services were sought by all three banking institutions located in Sturgis – the then Citizens State Bank, Sturgis Savings and Loan Association, and First National Bank. The Sturgis Savings and Loan Association was originally conducted out of a roll-top desk in Judge John Flander’s office adjacent to Raymond’s office in the Masonic Building. The records were kept in the floor safe between the offices and the legal work for the Association was performed by Raymond Dresser. The firm continues today as legal counsel for its successor, Sturgis Bank and Trust Company, which has now been in business for over 100 years.

Throughout his career, Raymond organized and advised many new small businesses as well as larger businesses. Raymond was serving on the Board of Directors and was general counsel when the Kirsch Company was first listed on the New York Stock Exchange. Among the firm’s other clients were some companies who have come and gone (Transogram, National Carbon Coated Paper Company, and the Sturgis Register) and some that still live on today (Freeman Manufacturing, Gray Brothers Stamping, and Midwest Tool and Cutlery).

Raymond was a leader in the affairs of the State Bar of Michigan, having served on the Board of Commissioners and as President from 1958-59. After his term as President, Raymond was appointed by Governor Romney as Chairman of a committee to study milk pricing in the State of Michigan, as there were local producers (like Fairgrove Farms, Inc.) that may have been victimized by the controlling of wholesale milk prices.

Raymond H. Dresser, Sr. died in 1968, only one year after the law firm had moved its offices from the Masonic Building to 112 South Monroe Street where they continue to be located today. Raymond H. Dresser, Jr. started practice in 1956 after graduating from the University of Michigan Law School. Ray followed in his father’s footsteps as an active participant in the affairs of the State of Michigan Bar. He served on the Board of Commissioners for 12 years and was on the Representative Assembly of the State Bar of Michigan. He served as the chairman of the Probate and Trust section of the Michigan State Bar, and is a recipient of the Robert P. Hudson award – the highest honor bestowed by the State Bar of Michigan. He was a member of both the American College of Trust and Estate Council and the Society of Trust and Estate Practitioners (United Kingdom), whose memberships are by invitation only.

Ray also served in a number of civic capacities. He was City Attorney from 1962 – 1984. He served on the Board of Directors of the Sturgis Improvement Association and the Economic Development Corporation of the City of Sturgis for several years, and served as President for the EDC from 1991 – 2004. Ray and his wife, Gretchen, were recognized as Citizens of the Year and as recipients of the Exchange Club Book of Golden Deeds. Ray was also instrumental as a co-chairperson of the committee to raise the funds and build Sturgis’ recreational facility, the Doyle Center. 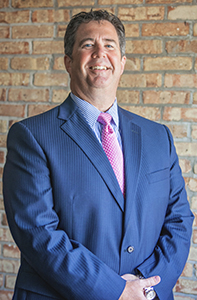 P. Joseph Haas, Jr. joined the law firm upon graduation from University of Kentucky College of Law in 1992. He is a native of St. Joseph County, having grown up in Mendon, Michigan.

Joe graduated from Kalamazoo College in 1988 with a degree in Economics. Thereafter, he moved to Lexington, Kentucky where he earned his law degree from the University of Kentucky College of Law. Upon graduation, Joe returned to Sturgis and became an associate of the firm where he had clerked the summer before. He and his wife Joyce made Sturgis their permanent home one year later upon their marriage where they went on to raise their adult sons, who are both current officers in the U.S. Army.

Joe became immediately involved in a number of community organizations and quickly became a recognized leader in the community. Throughout the late-1990’s, Joe served as the Exalted Ruler of the Sturgis Elks Lodge #1381, President of the Sturgis Exchange Club, Co-chairman (along with his wife) of Michigan Week, Chamber of Commerce Ambassador, Exchangite of the Year (both Sturgis and Southwest Michigan), and President of the Sturgis United Fund where he was instrumental in the creation of the St. Joseph County United Way that supports so many organizations in our county today.

Joe’s dedication and commitment to the Sturgis community does not stop with service clubs and volunteer organizations. In 1999, Joe was elected to the Sturgis City Commission and served as Mayor of Sturgis for the 2004-05 term.  He has served on, or been a commissioner liaison to, a number of City boards, including the Sturgis Hospital Board, the Downtown Development Authority and the City Employee Retirement Board.  In 2019, Joe became a member of the Board of Directors of the Sturgis Area Community Foundation.

Joe became a Stockholder in the firm and his name was added to the firm’s name in 1998. Joe is also a member of the Sturgis Area Business Education Alliance and has been active in the Trojan Boosters Club and Sturgis Gridiron Club. 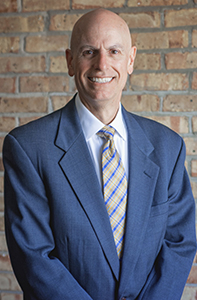 Michael began is his legal career at the law firm of Snell & Wilmer in Phoenix. In 1993, he moved his practice to Chicago where he practiced at the law firm of Ungaretti & Harris, and subsequently for the Division of Enforcement of the United States Securities and Exchange Commission. While in Chicago, Michael’s practice included complex commercial, medical products liability, intellectual property and securities litigation, and sophisticated technology agreements.

In 1999, Michael and his family moved to Sturgis and he became associated with the firm. Although the move appeared unconventional, the move was a result of a working relationship Michael established with the firm in handling an environmental issue in Michigan. When the firm needed a veteran lawyer and Michael’s family desired to move to Michigan, both sides recognized the natural fit. Michael became a stockholder.

Consistent with the firm’s ideals, Michael is very active in the Sturgis community and is becoming active in the Coldwater community. Michael is currently a board member for the Coldwater Downtown Development Authority, a member of the City of Sturgis Planning Commission, and the St. Joseph County Recruiting Coordinator for the University of Michigan Alumni Association Student Recruitment Program. Michael has previously served the community as a Board Member for Habitat for Humanity of St. Joseph County; Board Member for the West Michigan Youth Soccer Association; Board Member and Secretary for the West Michigan Broncos Youth Travel Baseball Club; Board Member of the Sturgis Gridiron Club; President of the Sturgis Soccer Club; a Board Member, Ambassador, and a co-chair for Michigan Week for the Sturgis Area Chamber of Commerce; President of the Sturgis Kiwanis Club; President of the St. Joseph County Bar Association; Board Member of the City of Sturgis Planning Board (Vice Chairman from 2002 to 2004); a founding member of the Open Door Gallery in Sturgis; and chair of the St. John’s Episcopal Church Rector Search Committee. Michael and his wife Laurie recently moved to Coldwater after living in Sturgis for 20 years. Their daughter and son are both recent college graduates.